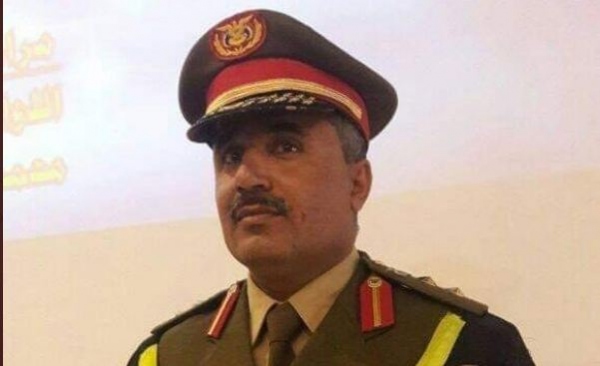 MARIB, Oct. 15 (YPA) – A senior  military commander in  Hadi’s forces was killed during battles with between Saudi-led coalition forces and the National Salvation government force ( Sanaa Forces) in the Al-Abdiyah district in Marib province.

Tribal sources said Colonel Abdul Raqib al-Naqash was killed along with others after  Sanaa forces, took control over large parts of the directorate after the siege imposed on Hadi’s forces and the Islah militants

Al-Naqash is one of the most prominent field commanders in Hadi’s forces, the sources said.