Videos reveal the coalition’s recruitment of children in Marib 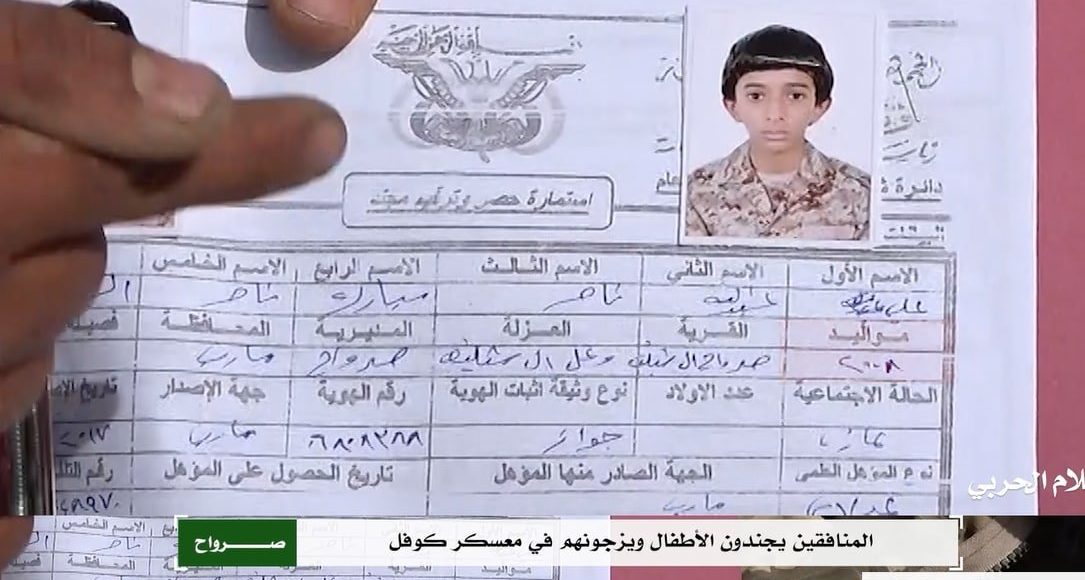 SANAA, Oct. 12 (YPA) – Videos and pictures published by the military media on Tuesday have been revealed recruitment and use of children as soldiers by the Saudi-led coalition in Marib province.

The Videos showed a number of children recruited into the ranks of the coalition forces were captured, with files of their recruitment by the Islah Party in Marib.

Sarie said the file of child recruitment by the coalition and Islah forces would be submitted to the United Nations.

Zionists force family to demolish its home in Al-Quds

In Video: Scenes of Damage caused by coalition airstrikes on drug store in Sanaa