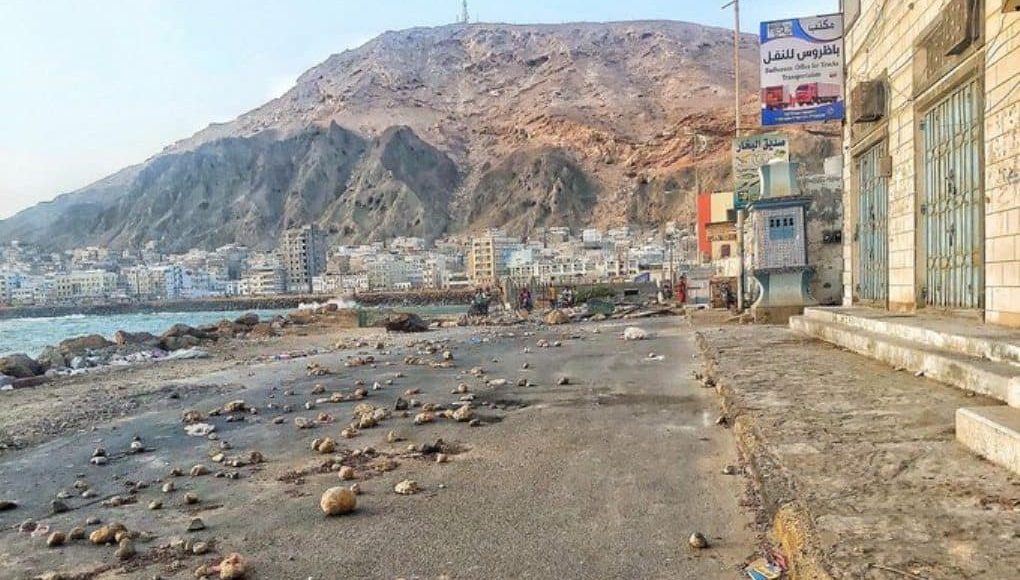 HADRAMOUT, Sept. 14 (YPA) – Hundreds of citizens closed the international road linking the cities of Mukalla and Tarim of Hadramout, in angry protests against the deteriorating living situation and basic services in the province.

According to sources, the local authorities in the province suspended studies in a number of the city’s schools, due to the security situation and the blocking of roads.

Hadramout governor, appointed by of the Saudi-exiled “Hadi government, Faraj al-Bahsani, whose family resides in Abu Dhabi, failed to suppress the Mukalla protests, which were controlled by the UAE-backed Hadrami Elite militia.

Earlier, UAE is continuing to send military reinforcements to Mukalla, amid a wide military deployment of Islah militants in Seiyun and the rest of the valley cities, because angry protests.