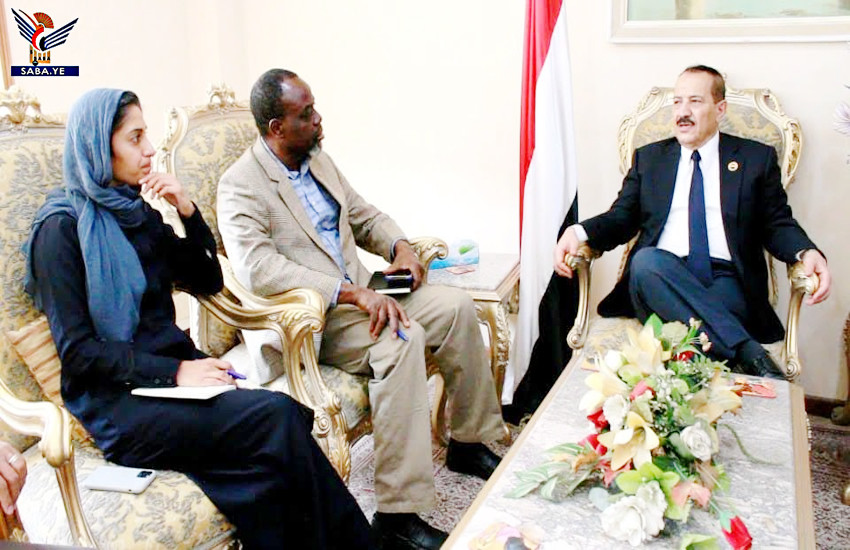 In the meeting, Sharaf stressed the importance of giving the humanitarian and relief dimension the greatest role in the organization’s activities during this critical stage that Yemen is going through due to the aggression and siege.

The ministry pointed to the world’s neglect towards the issue of more than three and a half million displaced people who have been forced by the aggression and aerial bombardment carried out by the coalition to leave their homes and seek refuge in safer areas, pending the end of the aggression and siege.

Sharaf affirmed that the National Salvation Government would great efforts to provide all the facilities required for the work of the IOM in accordance with recognized diplomatic norms.

For his part, the IOM’s official stressed that the organization would be committed to giving priority in its humanitarian activities towards the displaced and asylum seekers, as well as continuous coordination with the relevant local authorities.

Abdulsalam: the corridors are opened to those who want to provide humanitarian…

Kurbanov: Russia stands with dialogue and political solution in Yemen