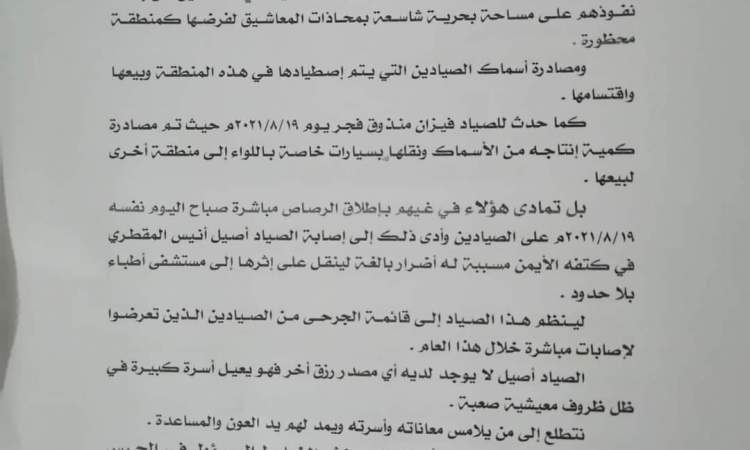 ADEN, Aug. 23 (YPA) – At least two fishermen were injured on Monday in clashes broke out with Hadi’s forces in Aden, the Sirah Bay Fishermen’s Association said in a statement.

The statement said clashes broke out between the 1st Brigade of Presidential Protection, led by Hadi’s son, Nasser Abed Rabbo Mansour, and fishermen following the takeover of the fish landing area of the Sirah coast near the al-Ma’ashiq palace.

It noted that the brigade’s members confiscated the fishermen’s daily savings, sold them in other markets and shared their revenues.

The statement named a number of fishermen who had been abused by Hadi’s guards.

Health sector in Aden is out of service due to lack of electricity, fuel

YPC: one of fuel vessels held by coalition forces left its detention area after 262 days