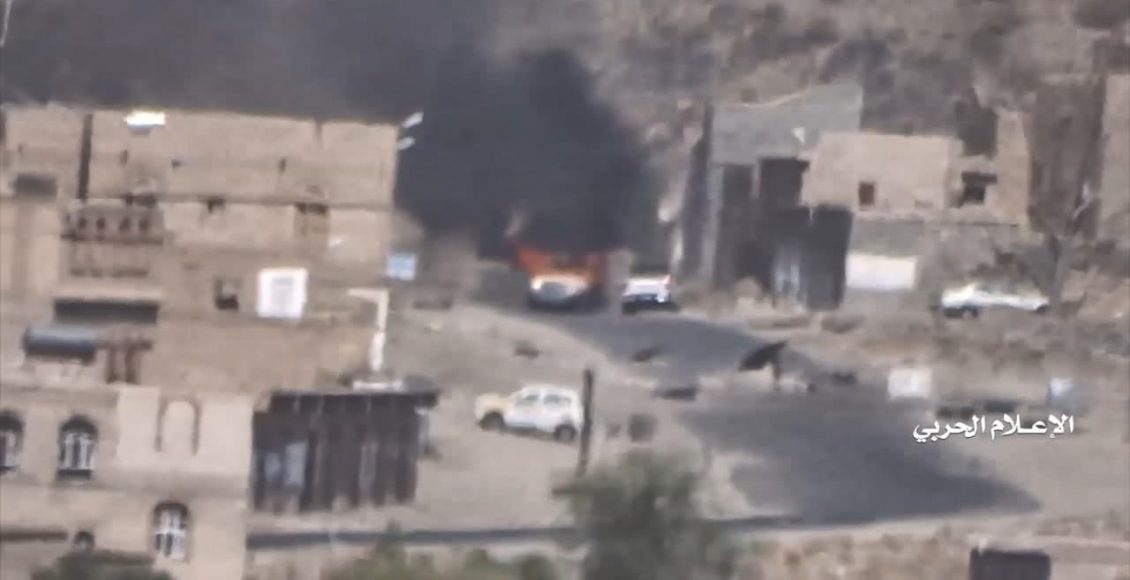 BAYDA, Jul. 09 (YPA) – The military media of the Yemeni army on Friday  has released a new video footage showing  the army and popular committees launching a military operation, during which they managed to restore the center of Al-Zahir district in Bayda province, in central Yemen.

The scenes showed the army forces and popular committees launching a counter-offensive operation in cooperation with honorable tribes after confronting large-scale attacks by takfiri elements backed by the US-Saudi aggression forces.

The military operation launched from four tracks in which the army forces were able liberate and secure dozens of sites and dens that takfiri organizations had been taking for years,

These sites, camps and factories were used  for making bombs and  explosive devices under the auspices  the Coalition of Aggression, led by the United States of America.

The military media shows scenes that showed part of the battles fought by the heroes of the army and the popular committees in which they were able to inflict heavy losses on the ranks of takfiri organizations that fled the areas  before the army fighters  were able to take full control of the area.