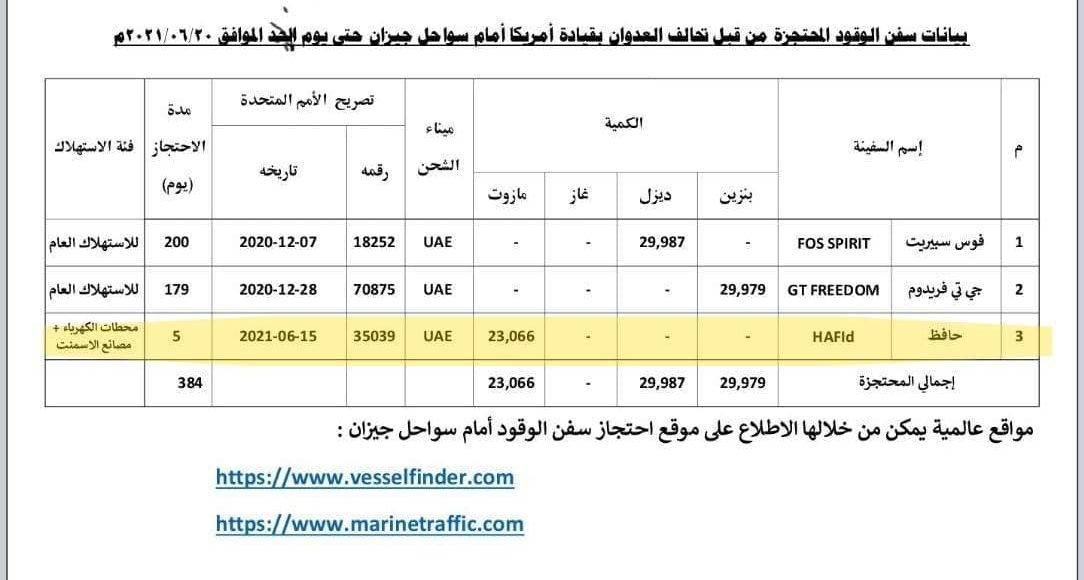 The YPC’s spokesman in Sanaa, Issam Al-Mutawakel, said on Twitter that the coalition prevented the oil ship (HAFID), which carries a quantity of 23,066 tons of diesel, from reaching the port of Hodeida.

He denounced the arbitrary acts made by the coalition against oil ships, pointing out the number of oil ships detained reaching 3 ones.