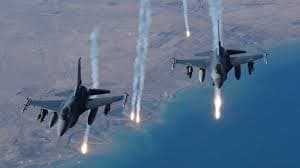 The official said the warplanes hit the areas of Serwah district of the province.

Earlier in the day, the fighter jets waged 5 strikes on al-Mazariq area in Khab Washaf district of Jawf, and another strike on al-Dhaher district of Saada.