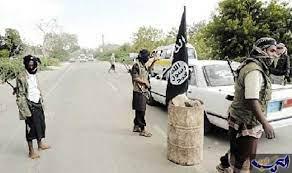 SANAA, May 19 (YPA)  – The so-called “the Political Studies Center” funded by Abu Dhabi has called on Saudi Arabia to stop dealing with Islah Party due to its association with Al-Qaeda organization in Yemen.

“Wherever the Brotherhood is present, you will find Al-Qaeda is present and exist, and this is what happened in Abyan when groups of the organization elements entered in military uniform of the legitimate army,” head of the center Dr. Khaled Al-Shumairi, who is close associate of the Emirati regime, said on his Twitter account.

Al-Shumairi added that it is time for Saudi Arabia to stop dealing with the Muslim Brotherhood because it is literally dealing with Al-Qaeda terrorist elements, which will put it in an embarrassing position in front of the international community.

#Breaking: #Palestinian media: A girl was killed and several were wounded by #Israeli shelling on Al-Sikkah Street, east of Jabalia camp, in #Gaza

#Breaking:#Marib: Violent battles between Abida tribes and coalition militia due to dispute on military post in Al-Jalal area