Fire erupts in vicinity of Al-Mansoura municipality headquarters in Aden 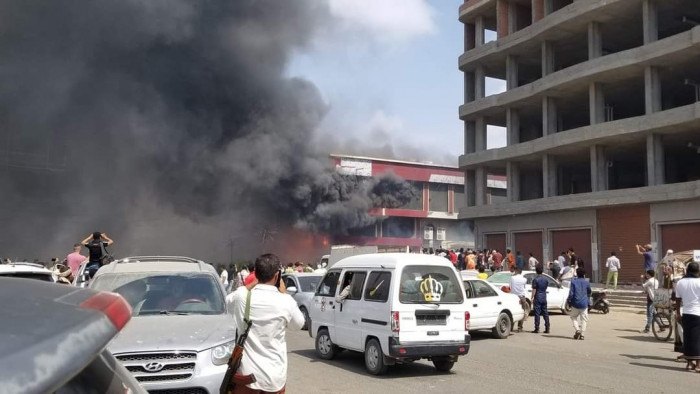 ADEN, May 13 (YPA) – A major fire broke out on Thursday morning in Al- Mansoura district of Aden, southern Yemen.

Press sources said that the fire broke out in the vicinity of the Al-Mansoura municipality headquarters.

Plumes of smoke rose from the site of the fire, while a number of cars and people rushed to put out the fire, and no reports on casualties have been received until this moment.