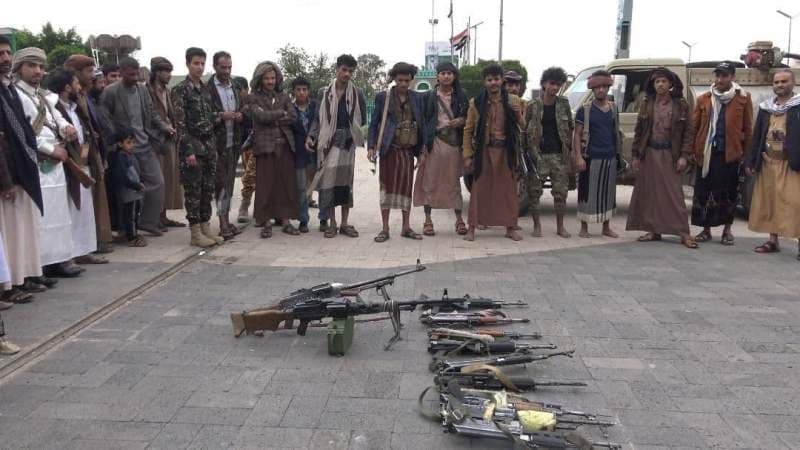 SANAA, May 03 (YPA) – The National Center for Returnees in Sanaa received six deceived fighters, including two leaders, who were fighting alongside the Saudi-led coalition, on various fronts.

The deceived returned to the homeland with their weapons from a number of coalition camps in the border areas, including the leaders of the “Al-Raoud” and “Al-Sawher” battalions in the so-called “Liwa Al-Tawhid”, Zulfiqar Hashem Al-Junaid and Mujahid Abdullah Naji.

During the reception, a number of sheikhs who met the deceived confirmed that the coalition had failed to achieve any of its agenda and ambitions in Yemen.

The participants called on the rest of the deceived to return the homeland and to take advantage of the general amnesty decision.

4 people dead, 84 homes damaged due to heavy flooding in Hadramout