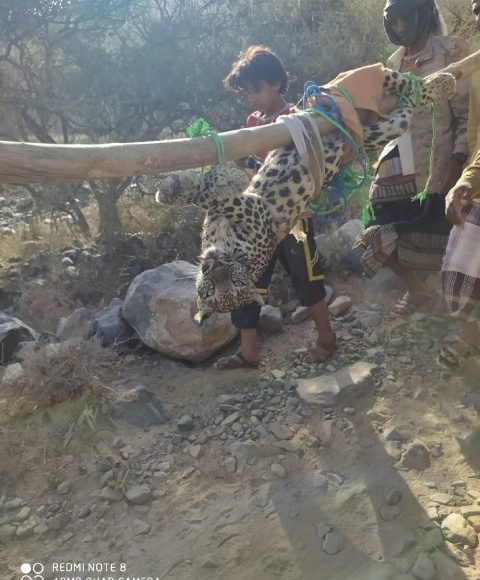 ABYN, April 05 (YPA) – Citizens of Abyan province were able to hunt down  a dangerous wild cheetah and catch it alive in the al-Hudhn area of Lawdar district after a long manhunt.

A number of activists posted a picture of the cheetah after being caught and hung by a tree specialist, who was tied tightly for fear of fleeing or attacking a citizen.

According to the activists, the citizens were able to ambush the cheetah, lure the animal and captured it  in a way that surprised many.

They explained that wild cheetahs are difficult to catch alive and are being killed in many areas of Yemen, but the citizens of Lawdar captured it  alive.

The citizens confirmed that the cheetah will be placed in an iron cage and will pay attention to it as it is one of the rare wild animals that must be protected.