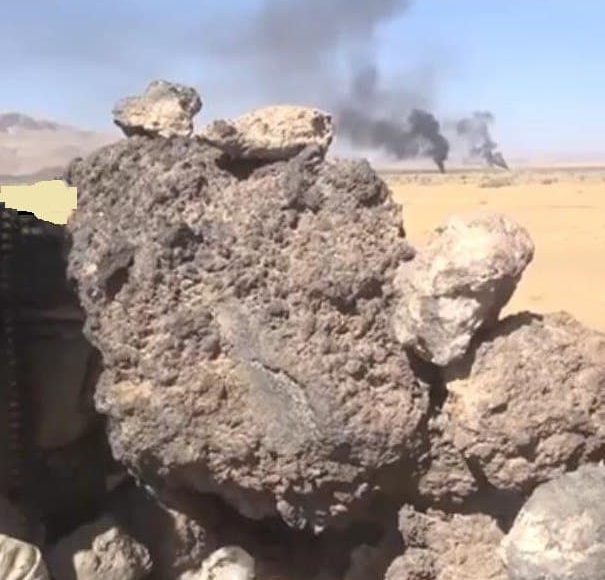 MARIV, March 30 (YPA) – The Yemeni army forces have achieved new triumphs and gained field achievements the battles waging against the Saudi-led coalition forces and al-Qaeda militants north of the city of Marib.

According to sources in the city, the army had carried out an attack from thiers positions in Al-Kasara area to advance towards military sites belonging to the coalition forces, north of the city.

After fierce battles, the army were able to control over hilltops of al-Hamam al-Thalath and “Tabat al-Sayb”, after the coalition forces and al-Qaeda members were inflicted heavy losses in lives and equipment.

During the past hours, the army forces were able to fully control large areas in “Wadi Nakhla” and get close to “Jabal Al-Akhshar”, which overlooks “Sahn Al-Jin” camp.

Fronts northwest of the city:

This coincides with similar confrontations in the western outskirts of the city of Marib, the army moved from their positions in “Al-Atif” camp towards the south of “al-Tala’a al-Hamra, which is held by the coalition forces, northwest of the city of Marib.

On the other hand, the coalition forces began to mobilize their recruits under the leadership of Brigadier General Abdullah Al-Dhawi,” who was recently assigned to lead the battles in the northwestern front of the city, succeeding Maj, Gen. “Amin Al-Waili, commander of the Sixth Military, who was killed on the outskirts of “ Kasara area.

According to the sources, Al-Dhawi would lead his first battle by advancing towards the positions of the Sanaa forces in Tabat al-Mu’taradha, northwest of the city.