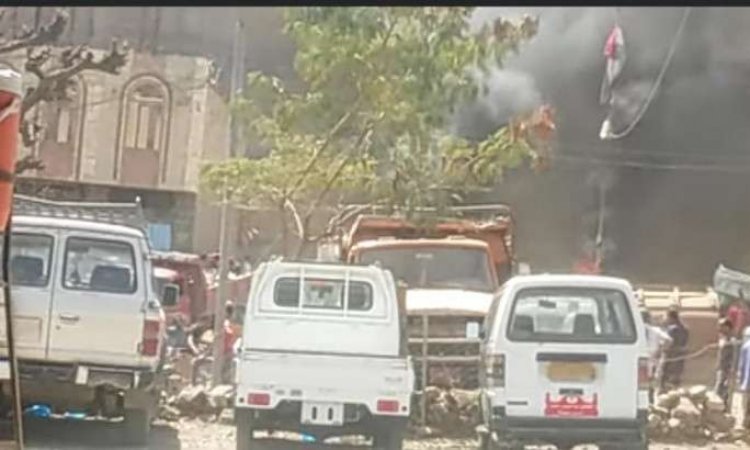 According to the local sources , the  gunmen belonging to the leader of the Islah Party and the director of the Ma’afar directorate Adel al-Mashmar burned down the house of merchant Sultan al-Sarafi in Maafar after it was looted.

The sources added that the perpetrators deliberately burned the property which they were unable to loot, noting that the entire house was burned.