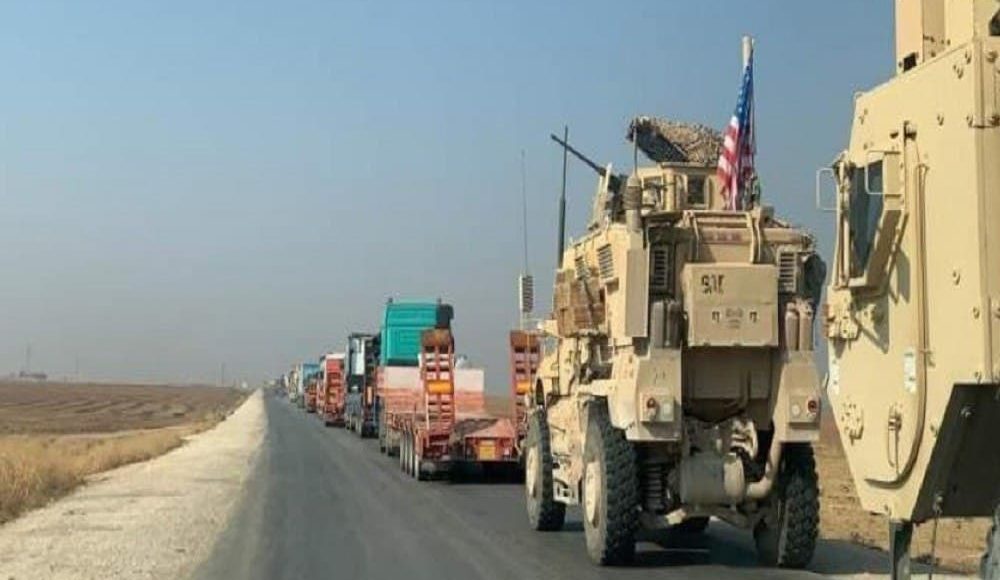 SANAA, Jan. 17 (YPA) – The US forces got out on Sunday a convoy of its military vehicles loaded with grains stolen from the Syrian lands into northern Iraq through illegal Al-Walid crossing in the countryside of Hasaka, according to Syrian media outlets.

The Syrian news agency “SANA” quoted local Syrian sources as saying that “the American forces continue to steal Syrian wealth and agricultural crops within the areas they occupy in the Syrian areas, where 20 trucks carrying grains stolen from the silos and warehouses in the Syrian Democratic Forces (SDF) militia-held areas.”

The sources pointed out that US armored vehicles were accompanying the convoy, amid an intense air cover of the occupation air forces.
AA