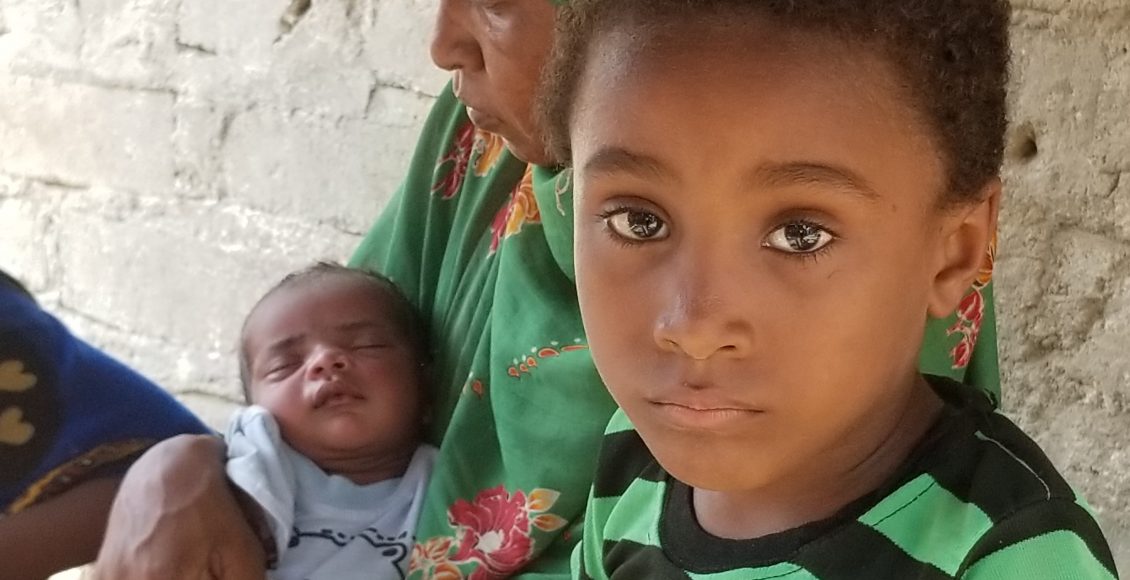 HAJJAH, May 20 (YPA) — On April 22, five-year-old Sameeh Damman was dancing on drumbeat in a wedding celebration in a poor rural village near the Red Sea in war-torn Yemen, according to a Xinhua feature.

Soon after 7 a.m., when the dance and drumbeat reached the peak, a warplane from the U.S.-backed Saudi-led coalition hit the wedding.

The celebration was taking place in an open, dusty area in front of Alrakah village in Bani Qais district in Yemen’s northwestern province of Hajjah.

Villagers in nearby Jum’ah village said they felt the earth shaking under their feet during the airstrike.

“The lamps, powered by a small generator to decorate the wedding party, were destroyed into pieces and the sound of drumbeat went into complete silence,” said 25-year-old Mohammed, the youngest brother of the drummer Sameeh’s father Ali Shouey Damman.

“I heard the sound of the plane while walking on the road heading to the celebration, then very powerful explosion. When I approached the wedding, I heard sounds of cries and screams raising,” Mohammed recalled as sitting by some drums left at the family’s house by his deceased elder brother Ali.

Few minutes later, a second airstrike hit few meters away from the wedding gathering, the local residents said, women and children, who were not at the celebration area at that night, fled in panic from their houses over fears of possible more air attacks.

There is no hospital in the village nor in nearby areas. Medics and rescue workers were sent from Hajjah’s provincial capital city. It took them around three-hour drive to the north to reach the remote village of Alrakah.

The medics and rescue workers moved some of the injured to al-Jumohory hospital in the province’s capital city Hajjah, while the wounded were transferred to a hospital run by Doctors Without Borders organization in Abs district, about two-hour drive to the northwest of Bani Qais district.

The Head of Hajjah’s Health Office, Mohammed al-Ashwal, told Xinhua by telephone that at least 40 people were killed and injured in the initial toll.

The Saudi-owned Al Arabiya TV station cited a statement by the Saudi-led coalition forces as saying that “the coalition’s leadership is taking this report very seriously and it will be fully investigated as all reports of this nature are.”

This was not the first time the civilians were targeted by the Saudi-led coalition fighter jets since the coalition intervened in the Yemeni war in March 2015.

Last week, a Saudi-led coalition airstrike hit a house in Al-Azrakayeen district north of the capital Sanaa, killing six civilians, including an entire family, and injuring six others, according to the officials and residents.

Nine days ago, another coalition airstrike hit the presidential office in the most densely populated area at the heart of the capital Sanaa at noon, killing six people, mostly passers-by including a 13-year-old student.

The United Nations High Commissioner for Human Rights (UNHCHR) said in a recent report that April was the deadliest month for civilians in Yemen this year, with at least 236 civilians killed and 238 others injured, a sharp increase from the previous month.

In the first week of May, the death toll continues to rise, with 63 civilian casualties documented by the UNHCHR in Yemen, including six deaths and 57 people injured.

“Recent attacks against sites located in densely populated areas, including May 7 airstrikes against the presidential office in Sanaa, raise serious doubts about respect for the principles of precaution, distinction and proportionality in international humanitarian law,” said UNHCHR spokesperson, Ravina Shamdasani, at a UN briefing in Geneva last week.

Sameeh is still in shock after he lost his father, the 35-year-old chief of the popular musicians band, in the airstrike on the wedding party last month.

The little boy was seen in a heartbreaking footage recorded immediately after the airstrike by some residents and survivors’ cell phones.

Sameeh appeared in the footage as covered with dust of the airstrike while hugging his bleeding father in the rubble. He refused the rescue workers or the residents to take the body of his deceased father for burial.

According to the residents, after many attempts by the rescuers and elder villagers to convince Sameeh, he eventually agreed after 24 hours to lift his both hands from the body of his father and allowed residents to bury him.

In the footage, the little boy apparently did not understand that his father had died. Instead, he kept crying and shouting loudly to his father’s ear during the whole night: “Dad … dad wake up, let’s go home.”

The disturbing footage went viral on social media, in which little Sameeh became a symbol of the horror of the war.

The war, which entered its fourth year, has killed more than 10,000 Yemenis, mostly civilians, and displaced 3 million others.

The United Nations has listed Yemen as the country of the world’s most serious humanitarian crisis, where 7 million Yemenis on the brink of famine and cholera epidemic has caused more than 2,000 deaths.

For little Sameeh, the airstrike has more likely ruined his craving for playing with kids.

The 35-year-old mother said her neighbors told her about the death of her husband Ali that night.

“I was pregnant for nine months then, when I heard the news, I fell in coma … then my female neighbors woke me up and I felt the pains of giving birth,” the mother, Sho’eyah, recalled.

“Julaibib was born one hour after his father Ali was killed in the airstrike that night,” she said. “His father did not see him, and he will never see his father.”

Residents of Aden complain over cut of waters