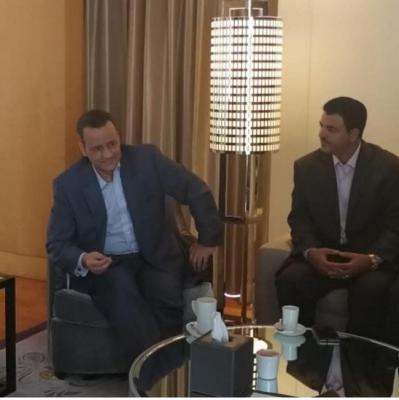 SANAA, Oct. 26 (YPA) – The National Peace Bloc, a Yemeni component, revealed on Monday that Turkish forces stormed the apartment of the head of its political department, who is receiving treatment in the capital Istanbul.

The bloc said,  in a statement,  that Turkish police used armored vehicles and police cars to storm the apartment of Dr. Mohammad Al-Sabahi and tamper with its contents

The statement considered this act as an illegal and demanded a clarification from the Turkish authorities.

The Bloc held the Turkish authorities responsible for the life of Dr. Mohammad Al-Sabahi as he has been suffering of heart disease since a while.

In the statement, the bloc indicated that the Islah party (Yemeni branch of Muslim brotherhood) is being directly implicated in this illegal act.

According to the statement, Al-Sabahi had met with the UN envoy to Yemen and discussed the bloc’s vision for peace in Yemen, prompting parties to accuse him of working for Israel.

It also called on all local, regional and international organizations to condemn this criminal act against a media person who heads a Yemeni national bloc that calls for peace and the spread of love and harmony between the people of Yemen in particular and humanity in general.

This comes a day after Turkish authorities arrested activist Jalal al-Salahi amid accusations against the Muslim Brotherhoods of bing behind this act.

Targeting anti- Muslim Brotherhood activists escalated following an assassination attempt that targeted the Turkish Red Crescent’s financial services chief in Aden amid accusations that the UAE has deployed spies in Turkey aimed at monitoring the activities of the Al-Islah group in Turkey.

Turkey is hosting hundreds of Islah leaders and activists as part of its efforts with Qatar to mix the papers of the Saudi-Emirati alliance future.