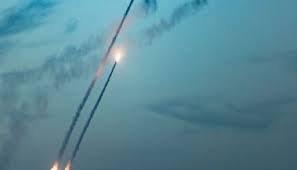 SANAA, Sept. 23 (YPA) – The Zionist entity’s Fire brigades said on Wednesday that explosions and fires broke out earlier in the Gaza envelop , caused by burning balloons launched from the Gaza Strip.

Activists of the peaceful return marches in the Gaza Strip invented a new method of firing kites and incendiary balloons towards the settlements and farms of the Zionist occupation entity in the Gaza envelop.

They took advantage of the movement of the wind that caused significant losses due to the burning of thousands of dunums.

The Zionist occupation army failed to find a solution to this method, recently using a laser system to track aircraft and balloons in the air and then shoot them down, but failed to reduce them.