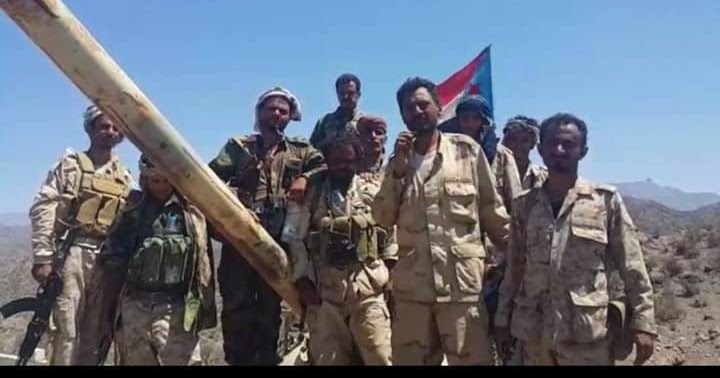 LAHJ, Sept. 23 (YPA) – The UAE-backed Southern Transitional Council militias have pushed military reinforcements into the northern areas of Lahj province, after being surrounded by Al-Islah militants in the past few hours.

Local sources confirmed that the commander of the so-called “Tor al-Bahah axis” order the STC militias to raise military readiness, on all fronts of the mountain strip linking Taiz and Lahj provinces.

The STC militias reinforced their armed men in the al-Baha, al-A’aqhum and airbase camp in Mountain Erf, after the Islah militants took control of the sites and heights of Al-Hujaryah’s Mountains overlooking Al-Sabiha, Tor Al-Bahah and large parts of the west coast at the end of August.

Al-Islah militants were able to topple the UAE’s “35th Brigade” camp in mid-August after violent clashes with the brigade’s gunmen, and a number of officers and soldiers joined Tariq Afash’s forces in Al-Makha city.

#Breaking: Al-Masirah TV obtains confidential documents, some issued by the #US Embassy in #Sanaa and others from the National Security Agency pre-September 21 revolution