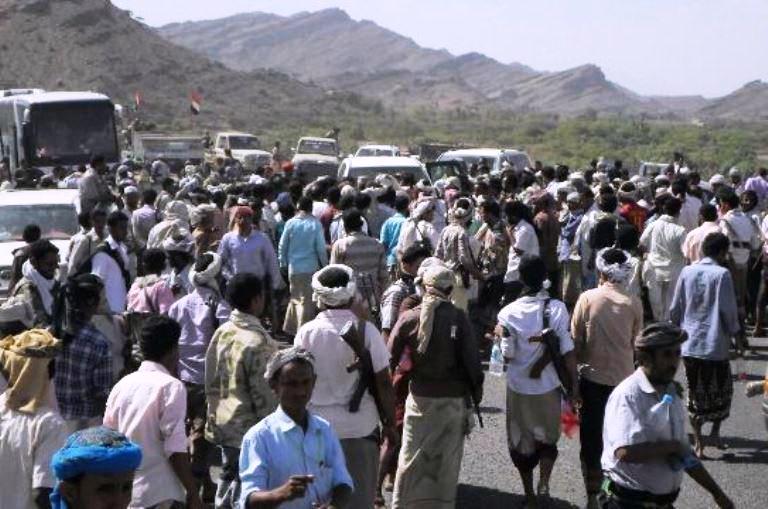 ‘the sources affirmed that the tribes warned in a statement on Sunday of criminal acts and tortures by the UAE-funded forces in al-Mokha city, west of Taiz governorate against their sons being abducted and arrested in the prisons run in the city.

The statement demanded the Tariq forces to quickly release the sons of Sabiha tribes, who arrested on malicious charges.

The statement affirmed that the Sabiha tribes would not stand idly by towards their sons, who are exposed to torture in al-Mokha prisons, vowing to take painful measures and methods against Tariq forces.
The Sabiha tribes gave those forces a 48-hour opportunity to release the kidnapped sons and to apologize for the charges against them.
AA