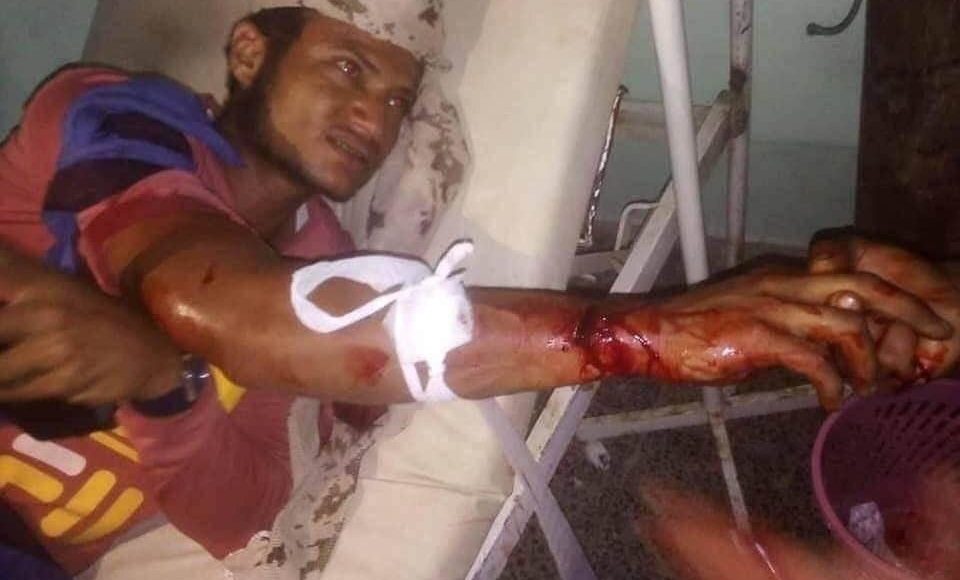 TAIZ, July 25 (YPA) – At least five protesters were injured by gunfire from the 35th Armored Brigade backed by the UAE occupation forces in al-Ma’afar district in southern Taiz province.

The portered were injured in Sunday’s market as part of a demonstration in support of the appointment of the new commander of the 35th Brigade, Brig. Gen. Abdul Rahman al-Shamsani.

The demonstration was organized by the Islah party.

Hundreds of supporters of the Islah party demonstrated in al-Ma’afar, which was supported by al-Shamsani’s appointment, despite a unilateral decision by the local authority to prevent any demonstration by rival factions there.

Earlier in the day, UAE-backed factions in the southwestern countryside of Taiz on Saturday closed the entrances to the city of the al-Turbah in a bid to prevent a demonstration organized by the Islah party.