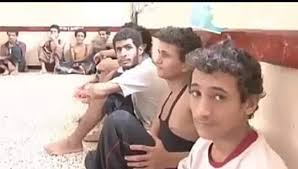 MARIB, June 27 (YPA) – Military and intelligence sources revealed that a batch of fighters from the al-Islah party ” Yemeni Branch of Muslim brotherhood” including 200 fighters arrived in Libya to fight in the ranks of the   Government of National Accord.

According to Yemen News Portal, al-Islah Party in Marib sent the fighters to Turkey under as wounded people for treatment, from where they were transferred to Tripoli

The sources said the Islah party is trying to consolidate the military alliance with Turkey in fighting alongside it in Libya, in preparation for its call for intervention in Yemen, as  the the Saudi-Emirati coalition turned against the party.

The sources pointed out that Haftar’s forces captured a number of Yemeni fighters from the al-Islah party who are fighting in the ranks of the NGA.

The sources also pointed out that Libyan mediators demanded a ransom of up to 200,000 dollars for the release of the three Yemeni prisoners held by Haftar forces.

Abdulsalam comments on US remarks

Clashes break out between Israeli occupation forces and Palestinians in Bethlehem