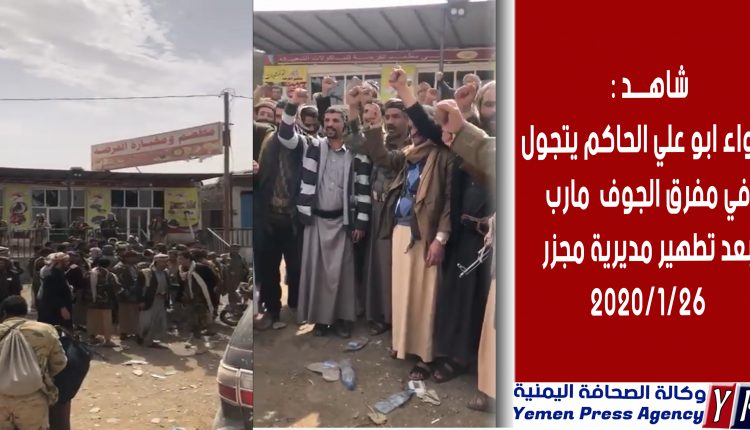 The video showed Maj. Gen. Abu Ali al-Hakim who visited toured in several military sites, which were controlled and secured by the Yemeni army after an attack against the Saudi-led aggression coalition mercenaries in Majzar district.