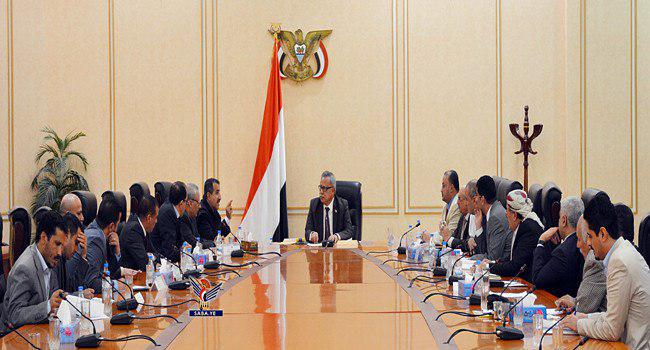 SANAA, Dec. 22 (YPA) – The National Salvation Government affirmed in its meeting on Sunday chaired by Abdulaziz bin Habtour, its support for measures taken by the Central Bank to withdraw illegal currency from markets and reduce the impacts on the national economy.

The cabinet discussed economic and monetary developments in light of continuing the illegal printing of the currency by Saudi-exiled Hadi’s government and its measures as a war tool against the Yemeni people.

The meeting reaffirmed that the move came in accordance with the law, No. (57) for 2018 regarding preventing the circulation of the illegal currency.

The members of the cabinet said that the government would take all efforts and measures to alleviate its suffering of the Yemeni people as a result of the aggression and its siege on Yemen.

The council of ministers stressed on the importance of neutrality of the national economy and rejecting all sabotage measures by aggression countries against the Yemeni people.