Head of national delegation meets with Swedish FM in Muscat 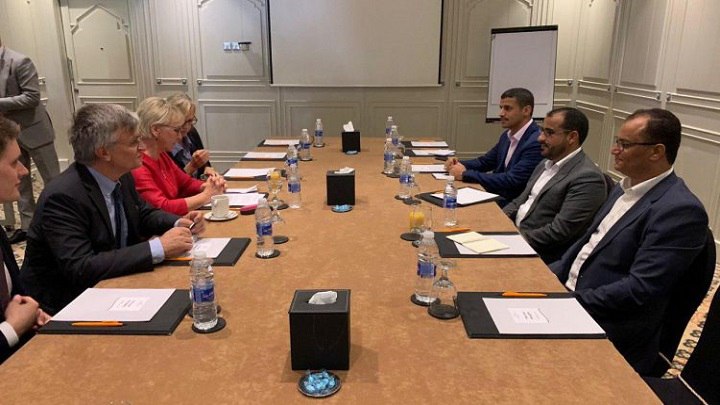 SANAA, Sept. 3 (YPA) – The Yemeni National Delegation headed by Mohammed Abdulsalam on Monday held a meeting with the Swedish Foreign Minister and her accompanying delegation in the Omani capital Muscat.

During the meeting, they discussed political situation in Yemen and progress achieved in the Stockholm Agreement, presenting the steps taken by the National Delegation in implementation of the Hodeidah Agreement, most notably the redeployment from ports unilaterally.

They also discussed the obstacles in the war prisoners’ exchange, which the Saudi regime blocked many proposals introduced by the United Nation.

“The Saudi Regime seems to be concerned with its image seeking war prisoners swap of only its soldiers without any concern for the suffering of Yemenis,” Abdulsalam said.

“We reminded the Swedish Foreign Minister of the brutal massacre that targeted war prisoners in Dhamar, in addition to the Saudi regime’s rejection of any truce in Taiz,” he added.