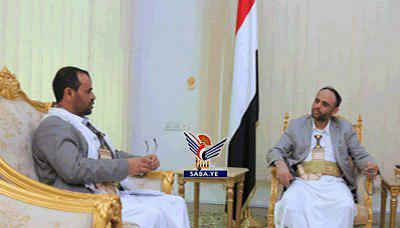 The move came during his meeting with Saada governor Mohammed Jaber Awadh and businessman Ali al-Hadi.

At the meeting, the president praised great positions and honorably sacrifices being made by tribes of the province to confront the Saudi-led aggression coalition and its plots targeting Yemen and its infrastructure.

The meeting touched the difficulties and challenges facing the commercial sector as a result of the economic war being used by the aggression as a weapon to push the Yemeni people to starvation.