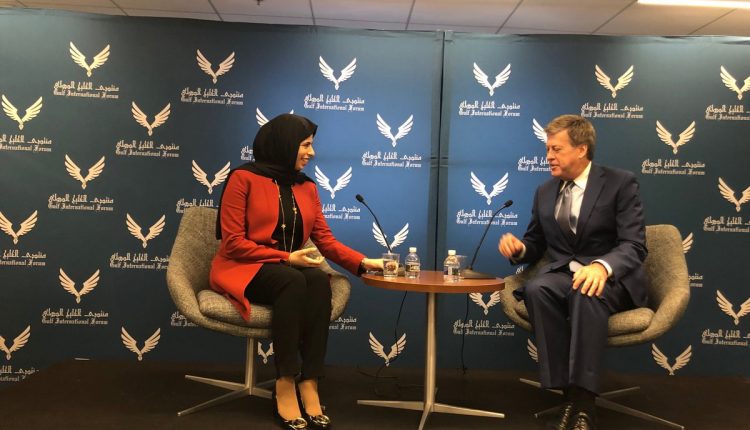 GULF, March 28 (YPA) – Spokeswoman for Qatar’s Foreign Ministry Lulwa al-Khater said that operations of Saudi-led Arab coalition have lost their objectives and are worsening the humanitarian situation in Yemen.

“The situation in Yemen has become aimless, and all that the coalition operations are doing is exacerbating the humanitarian situation, so they must stop,” al-Khater said during a seminar held in Washington on Wednesday.

Al-Khater noted that Qatar was part of the coalition in Yemen at first, on the basis that it would have carried out a small-scale operation for a few weeks, after the Security Council resolution.

The spokeswoman affirmed that no Qatari soldier entered the land of Yemen, indicating Doha’s role in Yemen at the present lies in the provision of humanitarian assistance under the umbrella of the United Nations.