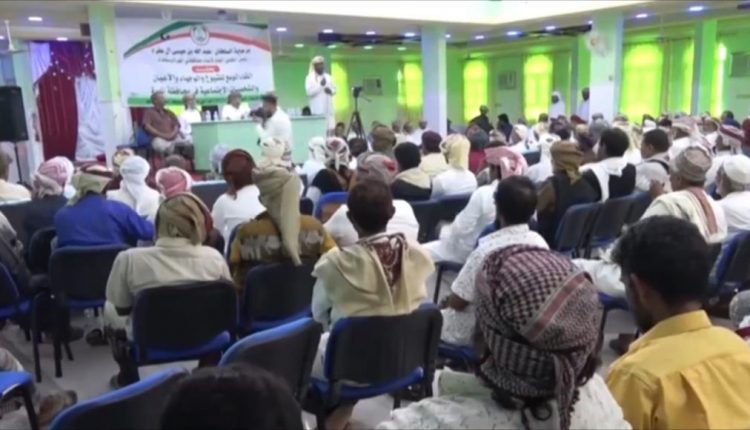 MAHRA, March 28 (YPA) – A number of sheikhs and representatives of tribes of Mahra province, eastern Yemen, have demanded the departure of Saudi forces in order to spare the province and its residents from violence acts.

During a tribal meeting held on Wednesday and attended by sheikhs, dignitaries and leaders of the sit-in organizing committee in Mahra, Sheikh Abood Qum Seet stressed the importance of preserving the security and stability of the province.

According to activists, protesters in several sit-ins in Mahra have called for the exit of the Saudi forces, affirming that there was no justification for the existence of those forces and establishment of more than 20 military positions in the province,

The protesters also demanded the dismissal of the governor Rajeh Bakrit appointed by the exiled Hadi, as well as the withdrawal of what they called militias brought by the governor to the province.

In light of the growing rejection of Saudi movements, including a Saudi plan to extend an oil pipeline from its territory to the Arabian Sea through the Yemeni territory in Mahra, there have been several anti-Saudi demonstrations in recent months, which witnessed several armed accidents.

Over 11 people killed in bomb blast in Somalia