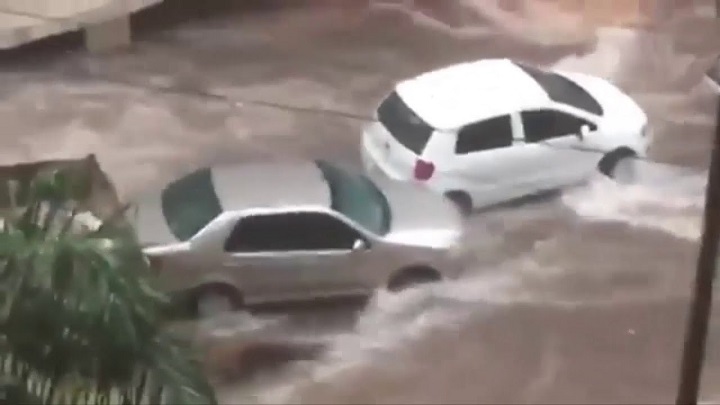 SANAA, March 12 (YPA) – Twelve people were killed and six others injured by floods caused by heavy rains on Monday in and around Brazilian city of Sao Paulo.

Four members of one family died and another two were injured when a house collapsed around midnight in the town of Riberao Pires on the periphery of the country’s most populated city, rescuers said.

Another landslide killed one person in Embu das Artes, while three neighbors drowned in Sao Caetano do Sul, one in Sao Paulo, two in nearby Santo Andre and one more in the industrial city of Sao Bernardo do Campo, authorities said as they provided an updated toll.

Late summer rains filled many neighborhoods and blocked the city’s main roads, and rail and bus services were cut in some areas.