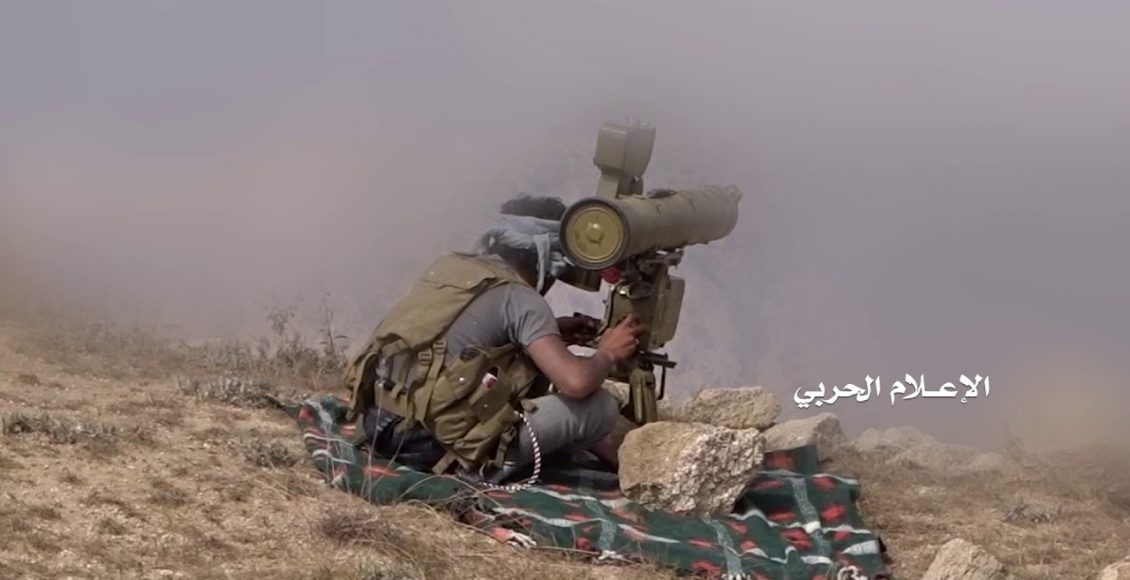 The video showed the moments when a Korent rocket bombed the BTR vehicle in front of Qais Mountain.