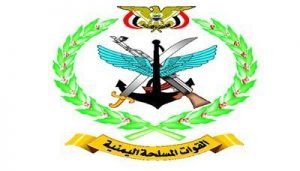 SANAA, Feb. 9 (YPA) – The Yemeni army waged an artillery attack on sites of the Saudi-led coalition and its militias in various fronts over the past 24 hours, inflicting heavy casualties, the Military media reported on Saturday.

In Najran province, the army shot down a Saudi spy plane in a-Sawh area and fired five Zilzal 1 missiles at groups of the militias in al-Sudis site.

In Jawf province, the army waged an artillery attack towards sites of the militias and destroyed a military car in al-Maton and Khab Washaf districts.

In Hajjah province, dozens of the militias were killed and wounded in the army’s attack on sites in Haradh district.

The army also retook over the sites from the militias in an attack in Haradh district and destroyed three military vehicles, as well as fired five missiles Zilzal 1 at groups of the militias in al-Nar mountain.

In Marib province, the coalition’s militants was killed and four others wounded by the army sniper units in Nehm district.

Update : Army Carries Out Offensive Against Coalition’s Militia In Bayda