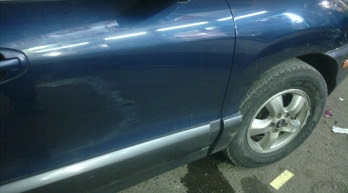 LAHJ, March 20 (YPA) – Police on Tuesday seized a car bomb near a security checkpoint of the UAE-funded security belt forces in the southern province of Lahj, a local official told Yemen Press Agency.

The seized car is of Hyundai Santa Fe type with blue color, and it was parked next to a house of one of the displaced people from Bayda province in al-Mahaji area of Alhad district.

The official added that police sent explosives experts for dismantling the car bomb.