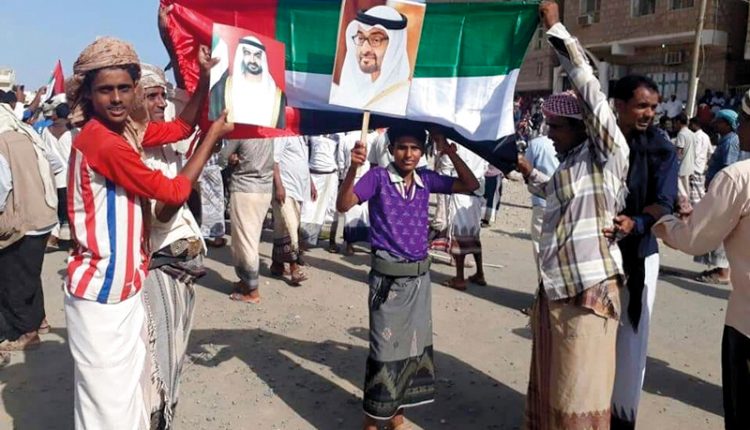 SANAA, Dec. 31 (YPA) – Citizens in Yemen’s Socotra Province will be part of the UAE and will be granted citizenship without any request,” a UAE spokesman said, pointing out that this matter has been completely settled.

The Emirati spokesman, whose name was not revealed, described the relationship between his country and Socotra as historical.

Activists in social media circulated video footage two days ago for a meeting with a group of Yemeni citizens from Socotra Island chaired by an Emirati official, in presence of exiled Hadi’s governor of Socotra, and a member of the so-called Southern Transitional Council, funded by the UAE occupation in the southern provinces.

He said that most Emirati citizens in the emirate of Ajman came from Socotra, thanks Rashid bin Humaid Al Nuaimi “former ruler of Ajman” who had commercial links on the island of Socotra and completed Today by “Hamid Bin Rashid Al Nuaimi, current governor of Ajman.

He considered that granting Emirati citizenship to Socotra’s people was a foregone conclusion, and they deserved it, he added.

The UAE occupation has dominated the island of Socotra for more than two years, exploiting its natural sources as well as controlling Transportation traffic in the province.

Over the past period, international organizations have uncovered a large-scale United Arab Emirates tampering on the island of Socotra, which has recently witnessed a wave of protests rejecting the Emirati presence in the Island.