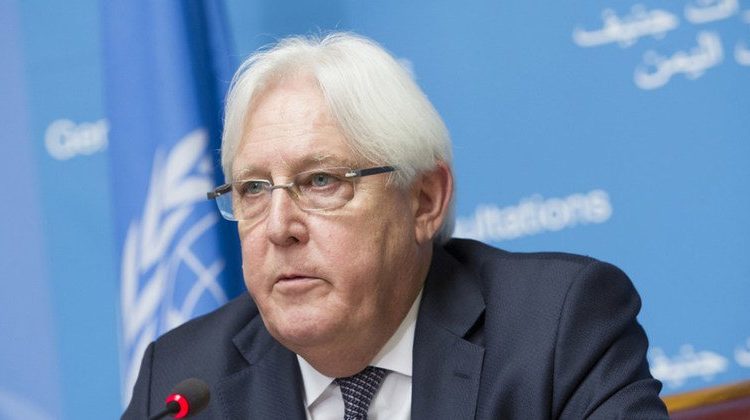 HODEIDAH, Nov. 23 (YPA) – UN Special Envoy to Yemen, Martin Griffiths, on Friday said that the world and the United Nations are interested in Hodeidah city and in keeping its port open to the flow and delivery of humanitarian aid to citizens.

“My visit to the port of Hodeidah is a clear message that the world and the United Nations keen to keep the port open,” Griffiths said in a press conference held in the port.

The UN envoy touched on the solutions to be discussed on neutralizing the port and keeping its away from political and military conflict, confirming that he would work on sparing Hodeidah any military clashes, human losses or damages in infrastructure.

Griffiths pointed out that he met with the political leaders in Sanaa and discussed with them the involvement in the negotiations to be held in Sweden.

He affirmed that all parties have a desire to bring peace to Yemen, saying “the world is interested in sitting of the parties to conflict at the negotiating table to achieve peace in Yemen quickly in order to end the suffering of the Yemeni people as a result of this war.”

Earlier in the day, the UN envoy visited the port of Hodeidah and saw the damages in the port’s infrastructure and cranes caused by the bombardment of Saudi-led coalition aircrafts.