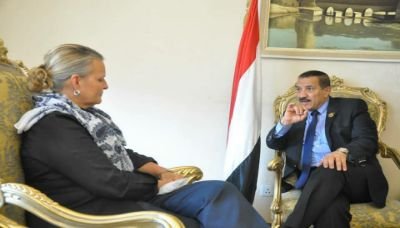 The first letter is related to allowing the use of fuel in the ship “Safer” in Ras Issa port to generate electricity for Yemeni cities, in order to alleviate the humanitarian situations.

The second letter dealt with the economic deterioration caused by the siege and the economic war being waged by Saudi-led coalition countries against Yemen.

The letter said that the exiled Hadi government in Aden issued a decision preventing granting of permits for ships carrying basic commodities and oil derivatives provided that documentary credits are opened through the central bank in Aden, which will affect the import of goods and fuel and will cause rise in the goods prices.

The foreign minister considered this measure a collective punishment against Yemeni people, holding the coalition countries responsible for the humanitarian disaster that would result from that.