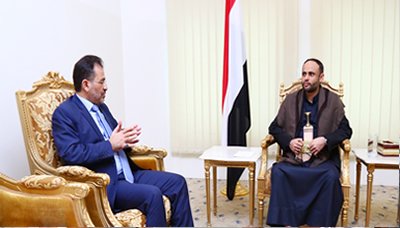 At the meeting, the president was briefed the plans of the parliament for coordination between the legislative and executive authority, especially  in light of the Saudi-Emirati coalition escalation in the western coast with the current stage.

The meeting reviewed the great efforts exerted by the parliament in communicating with other states’ parliaments to convey the grievance of the Yemeni people caused by the coalition’s war and siege about four years.