Rally in capital Sanaa held to back battle fronts 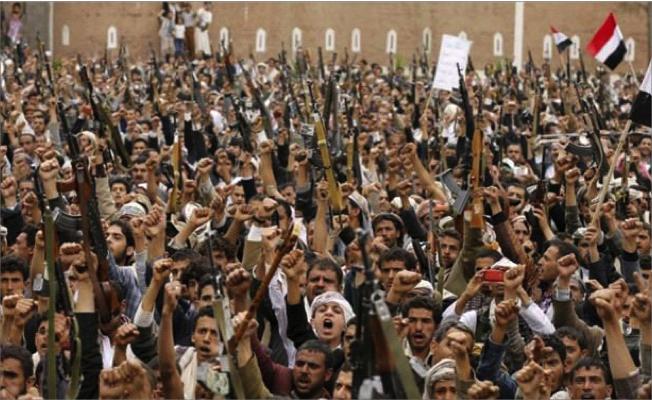 SANAA, Oct. 14 (YPA) – Sheikhs and residents with local council’s officials of the capital Sanaa held a tribe rally to mobile to the battle fonts and reinforce the Yemeni army against Saudi-led coalition.

The rally took place in al-Tahrrir square and stressed on the importance of strengthening the internal unity to confront the coalition.

The participants affirmed on the continuation of the ongoing mobilization and support of the army locating in the fronts to defend the homeland.

The rally saluted the triumphs made by the army against the coalition in the fronts.

#Breaking: Military source: A leader in Hadi’s forces was killed in #Yemeni army’s…

#Breaking: #Iraqi sources: A third attack within hours targets a #US military convoy…

#Breaking: Hamas: Rulers who normalized relations with Israel did what they did to…