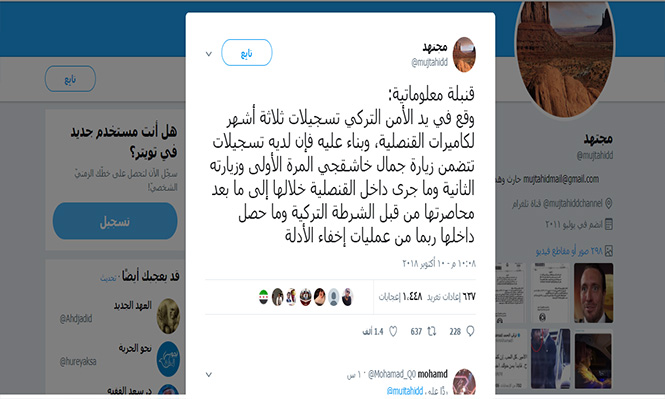 “These recordings include the visit of Jamal Khashoggi for the first time, his second visit and what took place inside the consulate, after which he was surrounded by the Turkish police and what happened inside it, perhaps from the concealment of the evidence,” Mujtahd said in a tweet.

On the international scene, Mujtahid said that the US authorities had reached complete certainty by intercepting US intelligence to the talks of Saudi officials and through the conclusive information from the Turkish authorities about the killing of Khashoggi and specifically about the direct responsibility of Ibn Salman, stressing that Trump and Bernard Kouchner, a French politician and physician and co-founder of Médecins Sans Frontières and Médecins du Monde, realized that saving Salman is impossible and they must look for a way to distance themselves from him or reduce damage.