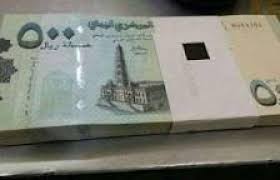 Hadi’s government acknowledged, in an official statement issued the planning ministry in Aden, that its policies and not-depositing of Marib revenues in the central bank in Aden is behind the Yemeni currency collapse.

The statement said the riyal has collapsed due to “the printing of local currency excessively and randomly, as well as the transfer of the central bank, the division of the cash mass between Sanaa and Aden, and Marib disobedience.”

Foreign exchange rates have risen sharply against the Yemeni riyal recently, causing a rise in prices of food and oil derivatives, which will exacerbate the humanitarian crisis in Yemen.

Earlier this year, Marib’s governor and Islah Party member, Sultan al-Arada, refused to deposit more than 700 million riyals a day of the province’s oil and gas revenues in the central bank after he had disrupted and closed the bank’s branch in the province.

The southern port city of Aden is witnessing a popular uprising demanding the departure of the corrupt in the government after the deterioration of the national currency and the sharp rise in prices of consumer goods and oil derivatives.

Pyongyang renews threat to close its liaison office with Seoul