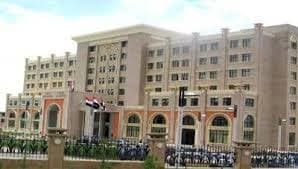 SANAA, Nov. 25 (YPA) – An official source in Yemen’s Ministry of Foreign Affairs  on Wednesday condemned Australia’s decision to designated Hezbollah as a “terrorist organization” on Wednesday.

According to Saba News Agency, the source explained in a statement that this move comes in a subsequent step to the British government’s designation of Hamas as a “terrorist organization”, in implementation of American dictates to serve the interests of the Zionist entity.

The statement pointed out that some governments’ classification of resistance movements in the Middle East, like Hezbollah and Hamas, exposed the false claims of those governments calling for peace and stability in the region.

The source pointed out that the classification of Hezbollah will not serve the stability of Lebanon, and will not affect the course of the strength and growth of the axis of resistance in Lebanon, Palestine, Syria, Iran and Yemen.

The source concluded his statement by calling on the Australian government and other governments to review their positions, and to declare courageously, in light of the terrorist practices currently taking place by the Zionist entity in occupied Palestine, that this entity is the one who practices terrorism against the Palestinian people, commits war crimes against civilians, and violates the borders of and sovereignty of the Lebanese territories.