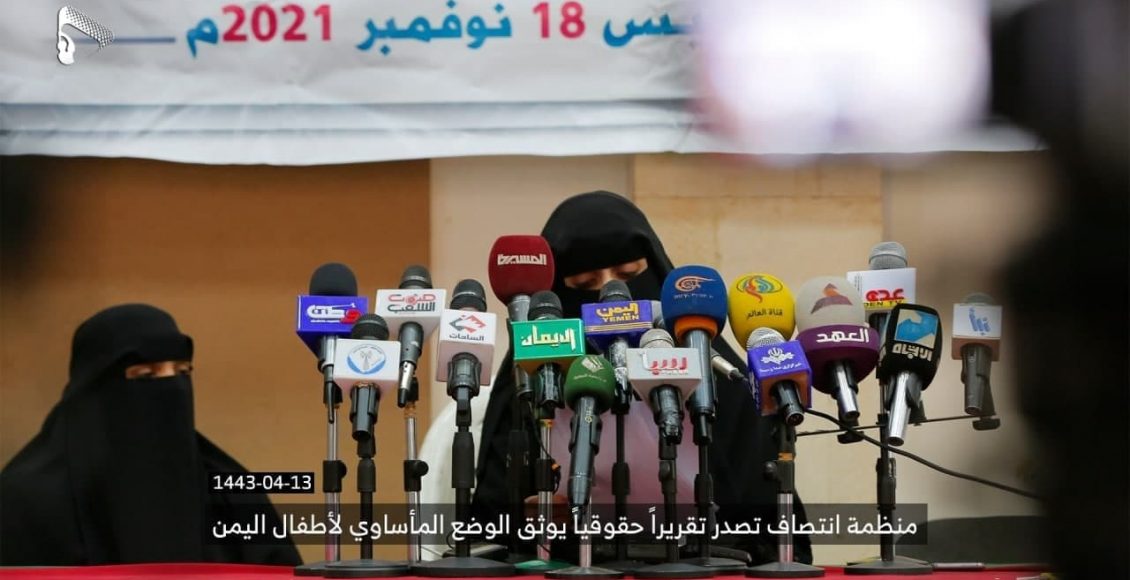 SANAA, Nov. 19 (YPA) – The Entisaf Organisation for Women’s and Children’s Rights have confirmed that the number of children victims of the US-Saudi-Emirati aggression in Yemen, from the beginning of the aggression until the end of November 2021, has exceeded 3,825 martyrs and 4,157 wounded.

A report issued by the organisation pointed that the number of children with various disabilities caused by the aggression amounted to 5,559 cases, while cases of tumors among children recorded 71,000 since the start of the aggression, with 9,000 cases added annually.

The report pointed out that the closure of Sana’a International Airport has prevented more than 30,000 children with various chronic diseases from traveling for treatment abroad. There are also 2 million Yemeni children out of school, while half a million others have left the education system completely since the start of the aggression.

The report held the coalition of aggression and all humanitarian organisations, especially the United Nations, responsible for the systematic targeting of Yemen in general and its children in particular. It called for an immediate end to the aggression, a lifting of the siege, and the reopening of airports for all Yemeni patients, especially children.