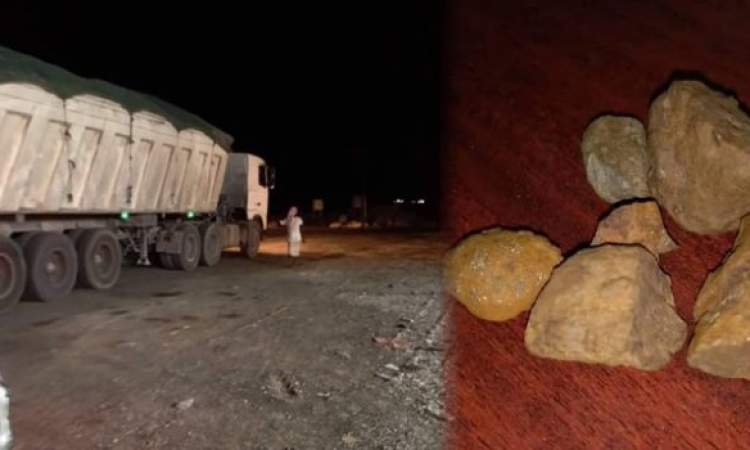 Activists circulated photographs showing raw gold being stolen and transported out of the country.

UAE companies are smuggling large quantities of rocks containing gold ore from a site classified as a gold mine in Hajar district on the Hadhramaut coast, journalists reported based on local sources.

Last year, international agencies circulated videos showing the process of examining a sample of stone smuggled by the UAE from Hadhramaut, using a special gold detection device that showed a high percentage of gold ore.

Since its participation in the Saudi-led coalition against Yemen, the UAE has been systematically looting natural resources in Yemen, and has even transported extremely rare trees and animals from Socotra island.