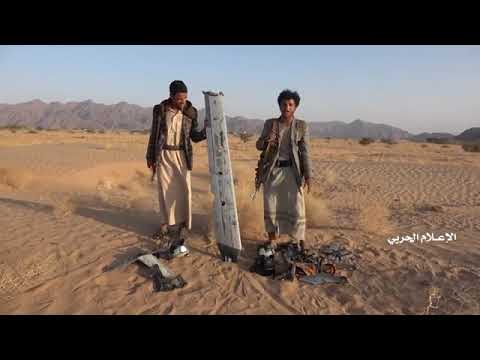 MARIB, Nov. 10 (YPA) –  The military media of the Yemeni army  revealed on Wednesday afternoon scenes of the wreckage of the Saudi-led coalition’s US-made drone that was shot down by the Yemeni air defenses in Marib province.

On Tuesday, The Armed Forces’ spokesman Brigadier General Yahya Sare’e said that the air defenses managed to shoot down a US spy plane ( Scan Eagle) with a suitable weapon, while it was carrying out hostile acts over the airspace of  al-Jubah district of Marib province.

This is the fifth plane of its kind to be shot down during this year, as four planes of the same type were shot down in Medghal and  Sirwah districts.

Iran says it will not enter into new nuclear negotiations