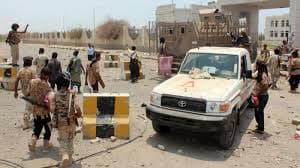 According to local residents, a mortar shell was fired from a security camp, which is under the control of the UUAE-backed Southern Transitional Council (STC)’s militia in the city, on a farm near Shaddad Fort area. No casualties were reported.

Abyan is witnessing military tensions between Saudi-backed Islah militants and the STC militia after sent four brigades of the STC and redeployed them on the fronts of Sheikh Salem and Al-Tariya.