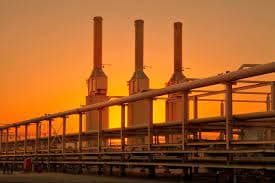 MARIB, Nov. 04 (YPA) – Yemen’s Safer Oil Production Company in Marib has been suspended its services, as confrontations between the Yemeni army forces and the Saudi-led coalition forces approached to the city’s outskirts from several sides.

According to local sources familiar with the firm, the Safer Company stopped working completely, and its employees were given an open leave, justifying with a comprehensive maintenance action.

The sources indicated that the company’s leadership have fears of extending the battles towards the largest oil facility in Yemen and putting its employees at risk, especially with the rapid progress of the army forces.

On Tuesday, the spokesman of the army forces Yahya Sarie announced control of 12 out of 14 districts in Marib province, the last stronghold of the Saudi-exiled Hadi Government in northern Yemen.