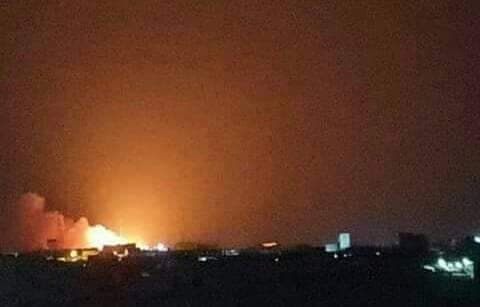 SANAA, Sept. 12 (YPA) – The Yemeni army forces on Sunday took control over the first strategic areas inside Marib city, according to local sources.

The army forces have intensified their military attacks towards the strongholds of the Saudi-led coalition forces and al-Qaeda elements in Wadi al-Kabir district, the first district of the city.

After fierce battles between the two sides, the army forces managed to take control of Al Qaed al-Asfal area, the sources said.

The sources added that 9 armored vehicles belonging to the coalition forces were seized after their recruits fled from the area of Al Qaed al-Asfal.

The sources affirmed that the Sanaa forces sent large reinforcements from the eastern desert of Jawf province towards the confrontation areas in Al-Wadi district, in reference to the insistence of the Sanaa forces to carry out large-scale military operations in the district, which is the main stronghold of terrorist organizations of “Al-Qaeda and ISIS” in the districts of the city of Marib.