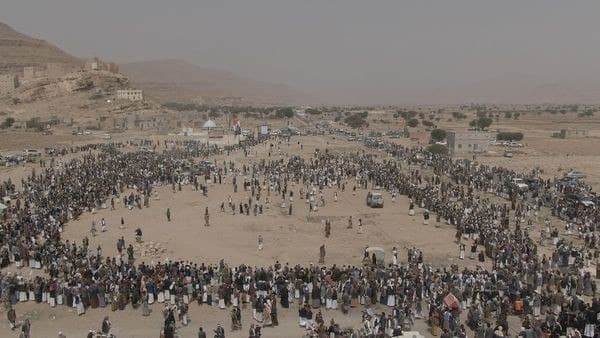 AMRAN, Jul. 29 (YPA) – Tribes and sheiks of Amran province announced on Thursday the general mobilization in the face of the forces of Saudi-led aggression coalition and its mercenaries.

In a tribal meeting that included the sons of the districts of Raida and Jabal Yazid and Ayal Suraih, the participants affirmed the continuing steadfastness and supplying the fronts with money and fighters in defense of the homeland, its security, stability, sovereignty and independence.

They praised the victories made by the army and popular forces on various fronts, pointing to adherence to cohesion and alignment among the people of Yemen.

The meeting referred to the aggression and siege that the Yemeni people are subjected to as a result of its rejection to tutelage projects and foreign domination.