US forces leave Aden airport, head towards al-Anad military base in Lahj 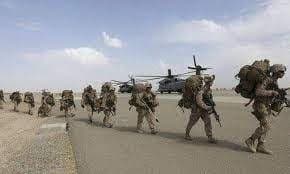 According to local sources in Aden, a convoy of US forces was seen on Monday, crossing the highway towards the Rabat area, the northern entrance to Aden city heading toward al-Anad base in Lahj province.

The US troops’ convoy included armored military vehicles and drone aircrafts on board large trucks and military equipment, the sources said.

The sources pointed out that a force of the so-called UAE-backed security belt was accompanying the US forces.

Earlier in the day, local sources in Lahj province confirmed that UAE forces had left al-Anad base on military helicopters before the US forces arrived.