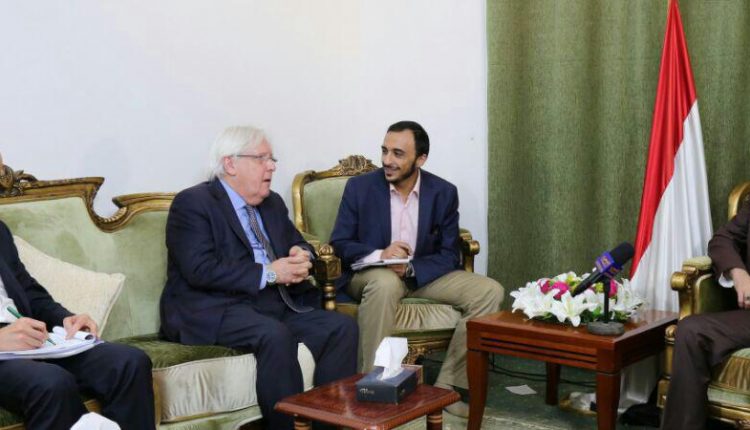 During his meeting with the UN envoy, the president stressed that any papers presented at the negotiating table should provide for ending the foreign presence in Yemen.

The president underlined that the UN charters and international laws regarding the respect for sovereignty and independence of countries should be starting points for any political process and negotiations in Yemen.

“Yemen is with peace, the peace of brave, if there is a serious intention from the other parties,” the president said.

He confirmed that Yemen has never been a source of threat to other countries, and the aggressor states on Yemen are the source of evil.

He pointed out that the Saudi-led coalition states are not serious in stopping their aggression after assassinating the president Saleh al-Sammad, the recent military escalation in the west coast, and the direct intervention of the Americans and British in the battle.

The president called on the United Nations to play its role to alleviated the humanitarian catastrophe caused by the aggression, lift the blockade on Sanaa Airport and all Yemeni ports and stop the war.

The meeting discussed the working paper the UN envoy will submit to the UN Security Council on 19 June.

In the meeting, Griffith reviewed his efforts during the last period and his multi communication with all parties.