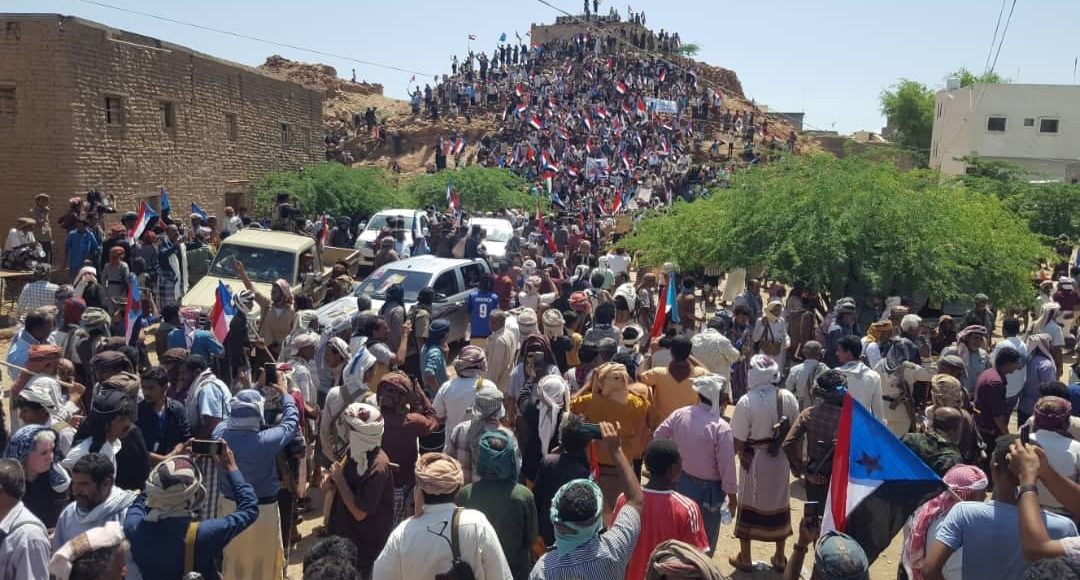 SHABWA, March 19 (YPA) – A senior tribal sheikh in Shabwa province called on all tribes to mobilize to liberate the districts of the province from the Saudi-baked Islah party militants.

One of the most prominent sheikhs of the province, Hamar bin Ali Lasuda al-Awlaki, accused in a press statement on Thursday, of the Islah authorities of plundering the province’s wealth and tampering with it.

He pointed out that the announces by the Islah authority for implementing several projects in the province are fake and justifying the plunder of Shabwa oil revenues.

Al-Awlaki explained that the Shabwa sons suffer from lack of all essential service and development projects, calling on the sons of the province to take out peaceful demonstrations for providing services, payment of salaries, and finding radical solutions to the economic file.

He warned the Islah militants against continuing the methods of repression and and kidnappings practicing against citizens who demand their rights.